If I learned one thing in AP Microeconomics this year it would be two things:

1. Always produce to where MC=MR

But more importantly the golden rule…

We will get back to these incentives later though because our story begins last February.

After watching a CHS basketball game, a couple buddies and I were in desperate need of food. So when one friend said ”Let’s go to the fine family establishment of B-Dubs!” no one disagreed.

No later than 5 minutes after being seated we hear a voice come over the loadspeaker saying that someone has decided to take on the infamous Buffalo Wild Wing’s “Blazin Hot Challenge”. I had never heard about the challenge and scoffed at the idea of anyone not being able to down a measly 12 wings in 6 minutes. And when my friends said “You don’t even like spicy foods” I countered with “I can do anything out of spite”. Next thing you know wagers have been placed and the incentives list has been compiled:

With that being said, the original rush of the argument wore off by the next day and I completely forgot about ever making the bet for months on end.

But much to my chagrin whilst watching the Pats obliterate the Titans, a commercial for B-Dubs came onto the screen and I heard someone say “Yo, Pat you still have to do the challenge”. Within minutes it was decided that my date with the devil was set for 1 o’clock the following day.

Here’s how it went…

-When I woke up I listened to Baba O’Riley on repeat to get my adrenaline going as well as performing several mental excercises to “get the mind right”.

-I still very much believed I could beat the challenge

-Despite the fact that I was in tears from the moment that first wing touched my tongue a certain primalness came over me (like a rabid dog) and despite losing all sensation in my mouth… I actually got off to a winning pace of 2 wings per minute over the first two minutes.

-I severely underestimated the sheer amount of meat on these wings as right around 7 wings I started to feel the sauce and meat piling up in my innocent stomach.

-After 8 wings I had reached my breaking point. Despite having a minute or so left; I wouldn’t go on to eat another bite.

Unfortunately, some technical difficulties are preventing me from posting the full video of how the challenge went so I’ll just leave this picture here to sum it up: 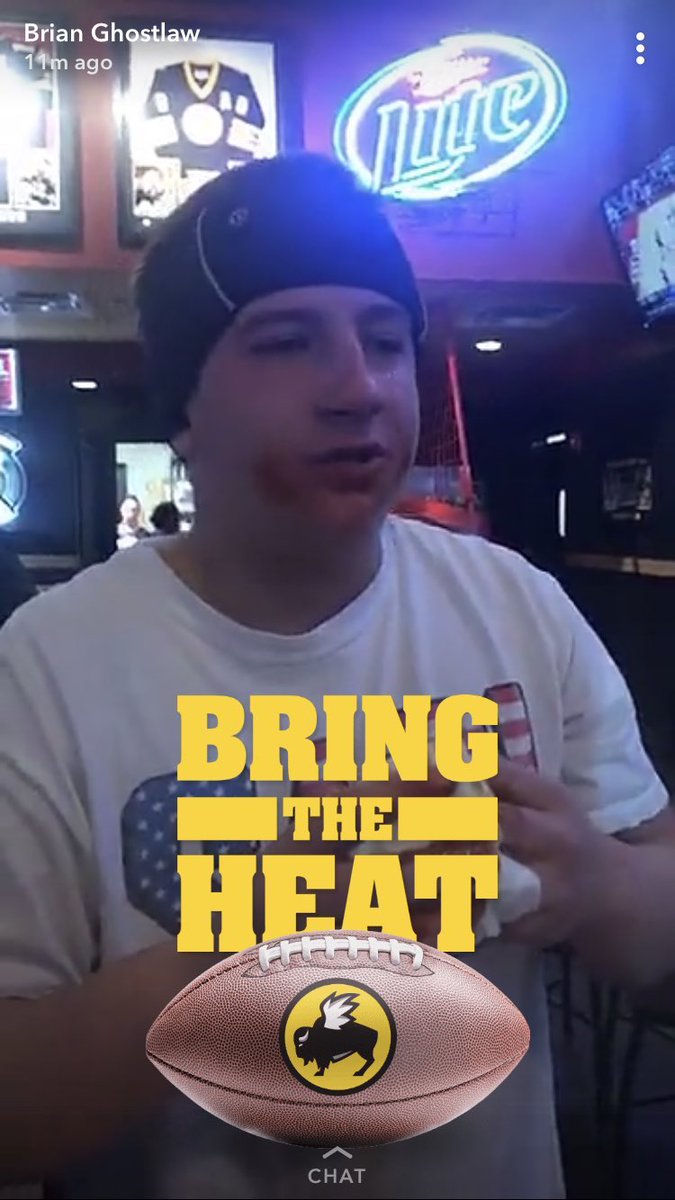 -The agony of defeat

-After those last few seconds ticked off the clock you would think there’d be a sigh of relief for the whole thing being over, right?

I think one can assume

I’m pretty proud of my effort but nowhere near satisfied. 8 wings out of 12 ain’t nothing to shake a stick at but it also means no t-shirt. My advice? Do not attempt. It just isn’t worth it…

Unless 5$ is on the line of course.