Is your team in? 👀 pic.twitter.com/L3TlkqmqCA

Has any team ever been disrespected to the extent UCF is right now by the playoff committee? With last weeks win over Cincinnati, the Golden Knights extended their winning streak to 24- tying the current FBS record held by the 2009-2010 Kellen Moore led Boise State teams.

Last year I understood the committee’s hesitation. They were a non power five team who hadn’t really beaten anyone all year so the Peach Bowl was a pretty fitting and big accomplishment for the program. They found themselves 9.5 point underdogs against #7 Auburn from the big bad SEC

But they lost that game right?

They won 34-27 against a Tigers team that had beaten a #2 ranked Georgia team and of course the eventual national champions in Alabama previously in the season. I’m not one of those guys that says “Well if they beat Auburn and Auburn beat Bama then UCF would’ve beat Bama!” –that’s a bit of a stretch. But I find it to be more ridiculous that a two loss Michigan team coming off an absolute blowout against Ohio State can still be ranked above them.

I guess my whole point is this; give UCF a shake. I’m admittedly a sucker for an underdog team (Go U) but honestly if a couple teams fall come championship weekend; why not? UCF and their fanbase have been clamoring for some respect for almost two years now. Give them a chance to prove that they aren’t just a cute non power five team but that they’re a real contender. If they get blown out by a team like Alabama? Then it is what it is. But if they win? That would be up there with some of the greatest upsets of all time!

Give the little guys a shot.

P.S- I loved this move 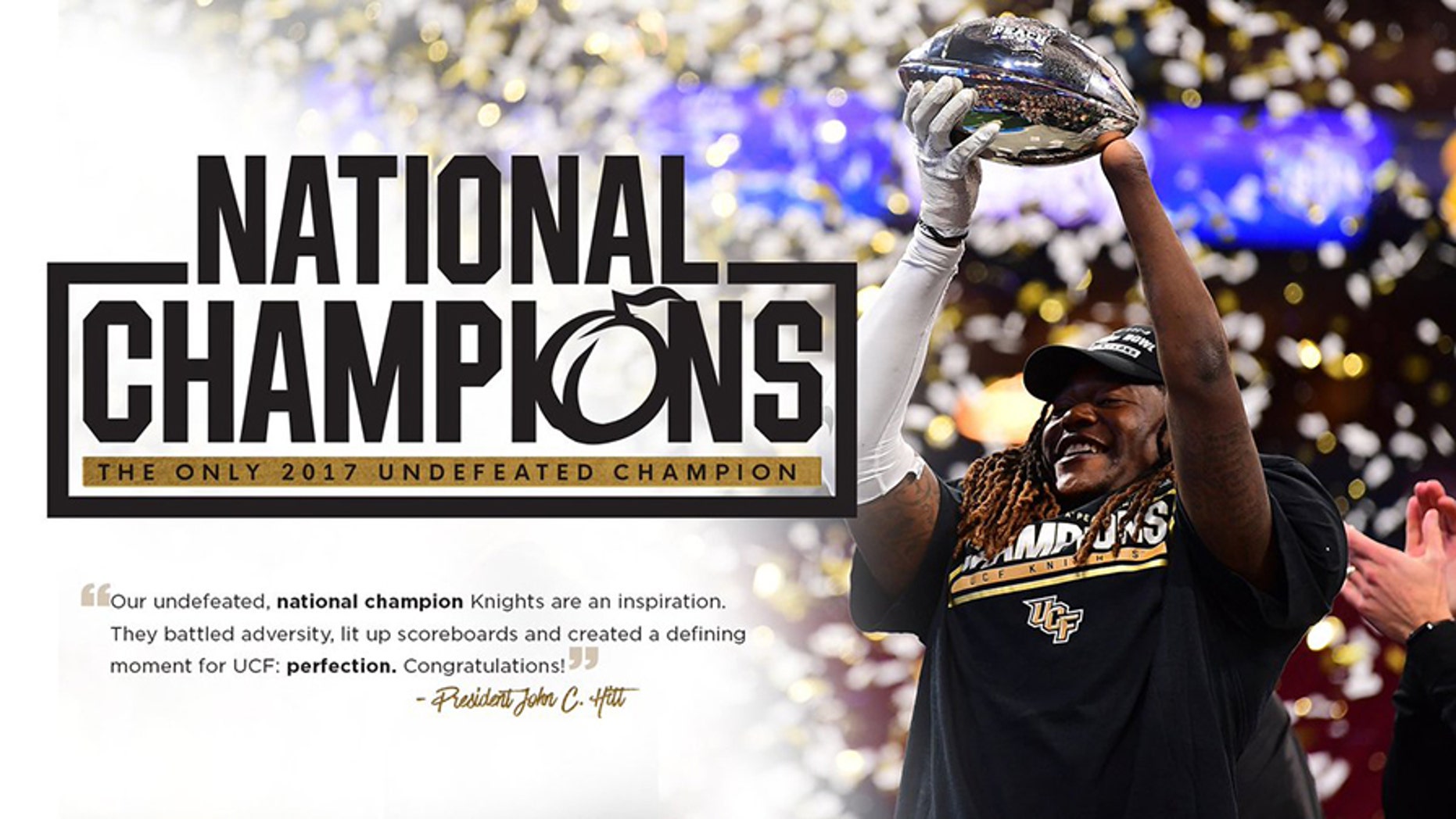