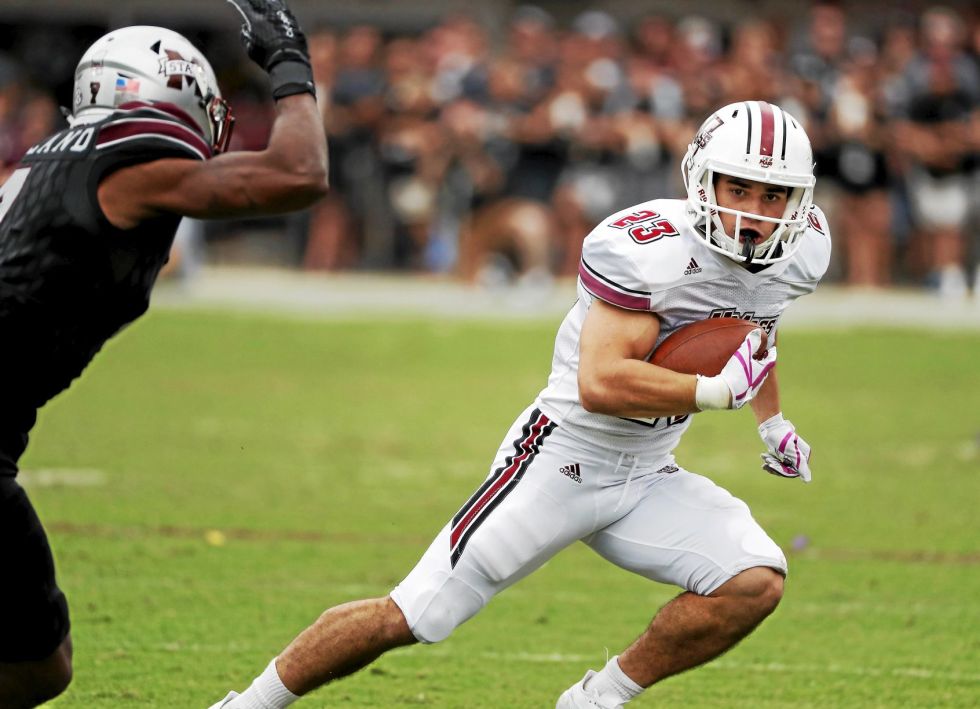 The NCAA’s scorched earth campaign against the flagship of the commonwealth of the great state of Massachusetts has to be put to a stop.

Last night, UMass’s own Andy Isabella was one of the three finalists for the Biletnikoff award given to the best receiver in college football. He was pitted against Tylan Wallace of Oklahoma State and Jerry Jeudy of Alabama and all three had great seasons blah, blah, blah- Andy got SNUBBED.

Let’s look at the un-blind resumes of the three:

Those aren’t typos those are just the facts:

ANDY TO THE HOUSE

When I saw that graphic I thought there was no way they couldn’t give it to Isabella. How can a receiver lead the FBS in nearly every single statistical category at the position and not win the award? To rub salt in the wound, Alabama’s Jerry Jeudy (statistically the least deserving candidate) ended up taking home the hardware. But Pat! Jeudy plays in the big bad SEC! He deserves it! Wrong. Alabama might have a slightly stronger strength of schedule than the Minuteman (although many are calling Duquesne the LSU of Pennsylvania) but should it not be taken into account that he has the guy in a two man race for the Heisman throwing him the football every week in Tua Tagovailoa?

Andy has been heralded as the consummate team first guy so he’s not taking to Twitter to protest the award. But in all seriousness, as one of the few bright spots during another year of building up the program, it would have been a well-deserved honor for the pride of Mayfield, Ohio.

At least Andy is probably going to end up on the Patriots somehow and have a Hall of Fame career in the NFL so I’m sure he’ll get the last laugh.